Askoll from northern Italy have increased their 2020 consumer electric models from the ES2 & ES3, ES2 Evolution & ES3 Evolution to now include a new design called the NGS 1, 2 and 3. They also have 2 Professional class motorcycles, the EsPro 45 & EsPro 70 based on the ES2 and ES3.

N.B The single battery ES1 has now been discontinued.

For a low cost two-seater or a more powerful commuter bike, the 2700w (L1e) ES2 & ES2 Evolution provides the extra power and seating for riders perhaps wanting to take a motorcycle on the back of a camper van or motor-home as it weighs just 78Kg with two removable batteries on board while also providing up to 50 mile range. Available in White, Black, Blue, Red and Grey For those wanting higher performance and up to 60 miles range, the 3000w (L3e) ES3 & ES3 Evolution can speed along at over 40 miles/hours, ideal for A-road commuting while still providing two seats. Also available in White, Black, Blue, Red and Grey Released in 2019, the Evolution Series driven by customer demand for connectivity with an IOS & Android App, improved seating for 2 people and enhanced braking with dual front and back Disc Brakes. The EsPro 45 and EsPro 70 have the same performance configurations as the ES2 and ES3 respectively but are purely single-seaters but also benefit from regeneration to recover energy during use. In addition, a re-enforced top-box tray for carrying up to 40KG loads such as for delivery tasks or those wanting to carry equipment in Public sector duties such as Parking enforcement, Police, NHS use etc. Available in White, Red or Black and with the option for customisation and branding.

For 2020, Askoll have introduced a new range, the NGS. Primarily this a new design while most of the mechanics stay the same as their ES Evo equivalents including a digital display on the NGS 2 and 3. The NGS 1 has essentially replaced the original ES1

All the bikes have optional additional components available such as windscreens, phone-charging sockets, top-boxes and thermoscuds covers. More details are available by selecting a specific bike. 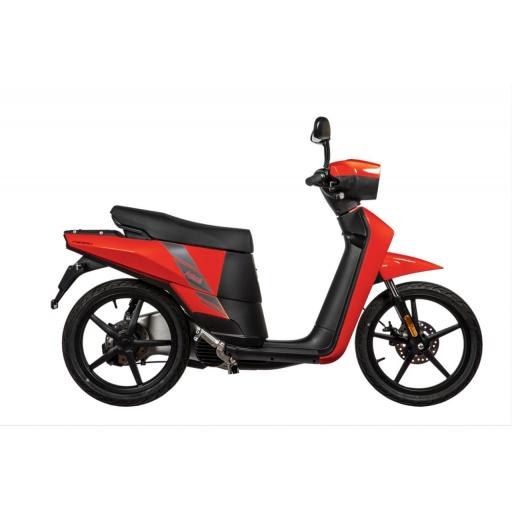 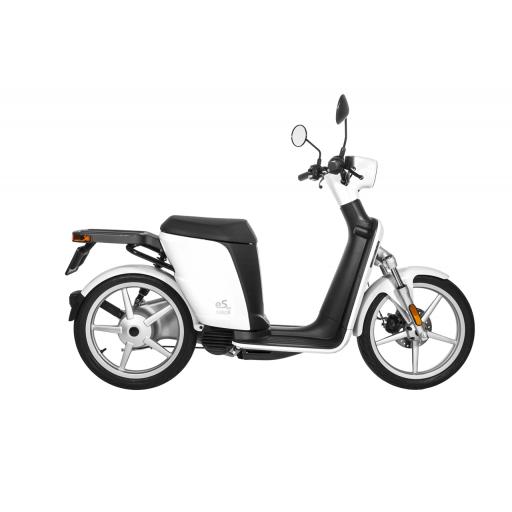