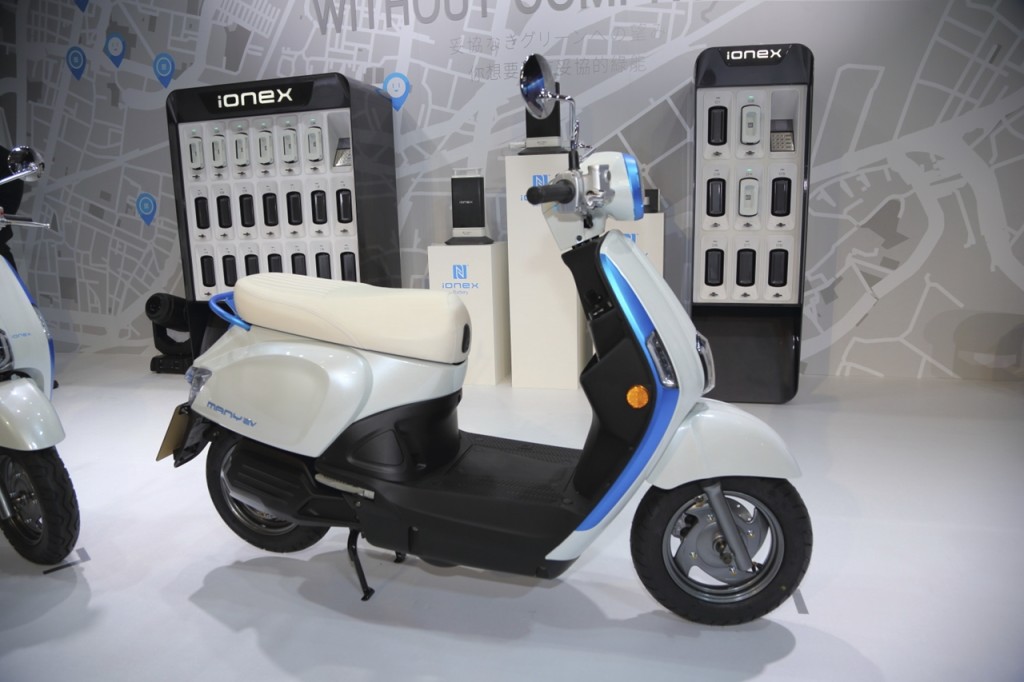 At Motorcycle Trade Expo yesterday at Stoneleigh Park, Kymco had a plethora of their range on one of the larger stands.

Many might have missed two smaller bikes in the corner without a price attached to their displayed card which both had the tell-tale sign of no exhaust pipe.

On speaking to them it turns out Kymco are looking at launching their Cozy here in the UK but not before validating the market through a survey of potential dealers.

On looking at their Chinese site and reading some of the news, there are two things that are clear about this motorcycle from their perspective.

Firstly, they have seen what GoGoro have been doing to their south in Taiwan with recent press saying they have shipped 50,000 units in just 2 years. To put that into some sort of perspective, in 2016 across the whole 27 countries of the EU, there were just over 22,000 electric mopeds AND motorcycles sold. That would also equate to about 10% of ALL motorcycles in 2016 across UK, France, Germany, Italy and Spain combined so Kymco clearly wish for a slice of that.

Technically however, there is little comparison to be made. Gogoros bike has a 6400w motor, 55mph speed (L3e), 55 miles range and weighs 140KG. The Cozy is just an 800w 40KG bike with a sub 20mph speed and 35 mile range (the Cozy plus doubles that). GoGoro also have the Battery Swap system so you own the bike but can swap the batteries at will at one of their battery stations (Tapai has about 400 of these). The UK is a long way away from even contemplating that.

However, looking at the Kymco Chinese site, they are thinking of a different market. They position it as the “COZY student electric bicycle” on their funky mini-site and mention about using the bike to get to school.

With that in mind, of course the bike has a App which provides access to the Kymco NooDoe network which among other things, connects you to a network for fellow Kymco bike owners (not just Cozy riders).

Some features worth noting are around the battery. Firstly, the main “mother” lithium removable battery is stored under your feet saving space from the other compartments. Secondly they provide a smaller battery (about A5 size) that has about 7 miles of backup range and is small and light enough to carry in a rucksack or bag and can be charged from a USB socket. Personally Ive had a few requests from people asking about standardised charging and if USB could take a big enough charge, it could be an interesting idea.

Anyway, the survey is fairly simple asking about if Dealers think electric is a viable option in the UK and what price it could be sold at etc. However, with just 800w, Im not sure it would provide enough power or range to make it viable.